This comprehensive landscape project in Upper Bucks County coincided with the adaptive reuse of an old farmhouse. Unmanaged for sometime, the landscape characterized by steep slopes, an intermittent stream and wooded plateau, was overwhelmed with typical understory invasive species including bamboo, japanese barberry, multiflora rose, japanese honeysuckle, as well as stiltgrass on the ground layer.

Initial efforts included the selective harvesting of trees to be used in the construction of the house, the blazing of a perimeter path and establishment of a deer fence, the stabilization of the streambank, and the mechanical removal of invasive species.
Other featured aspects included the installation of a cistern for capture and storage of rain water to be used for irrigation, the use of gabion walls as functional and architectural elements within the landscape, and the use of goats for invasive species control. 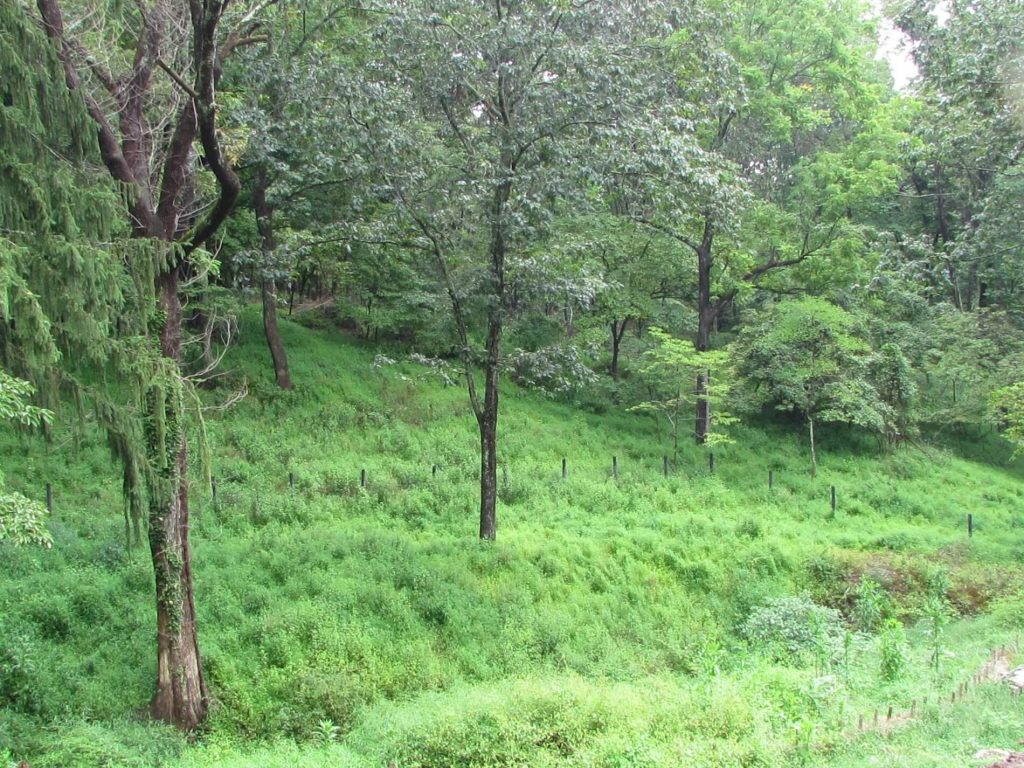 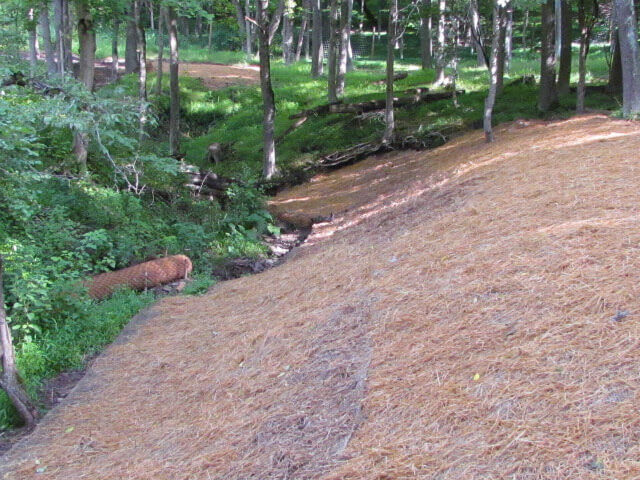 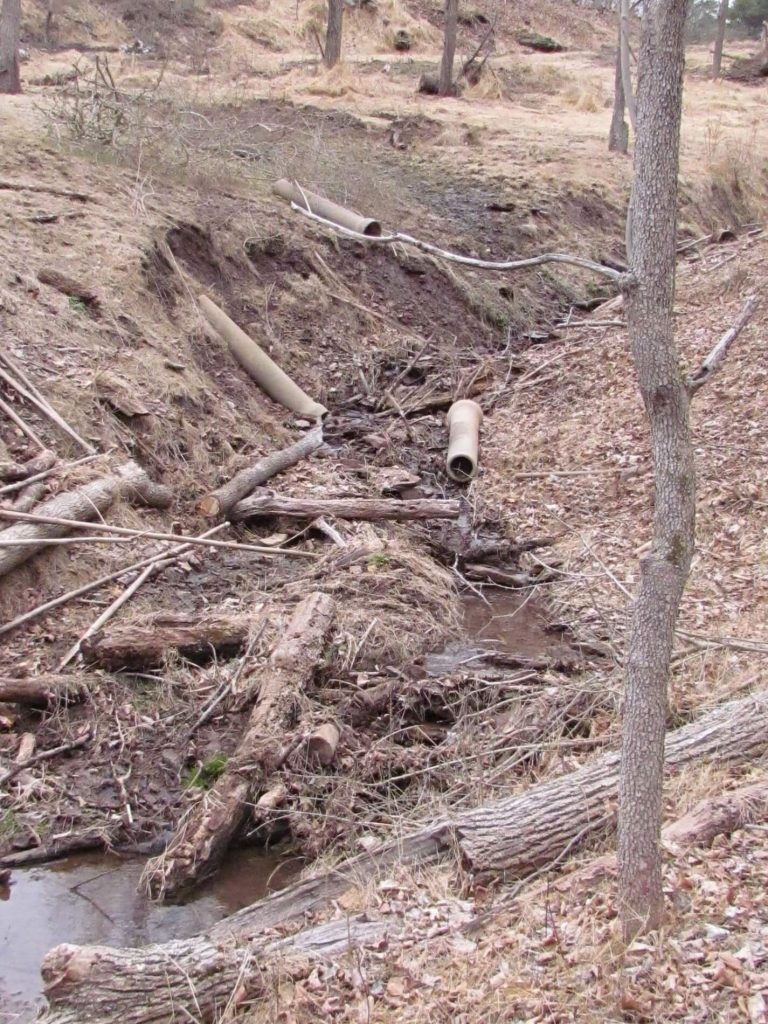 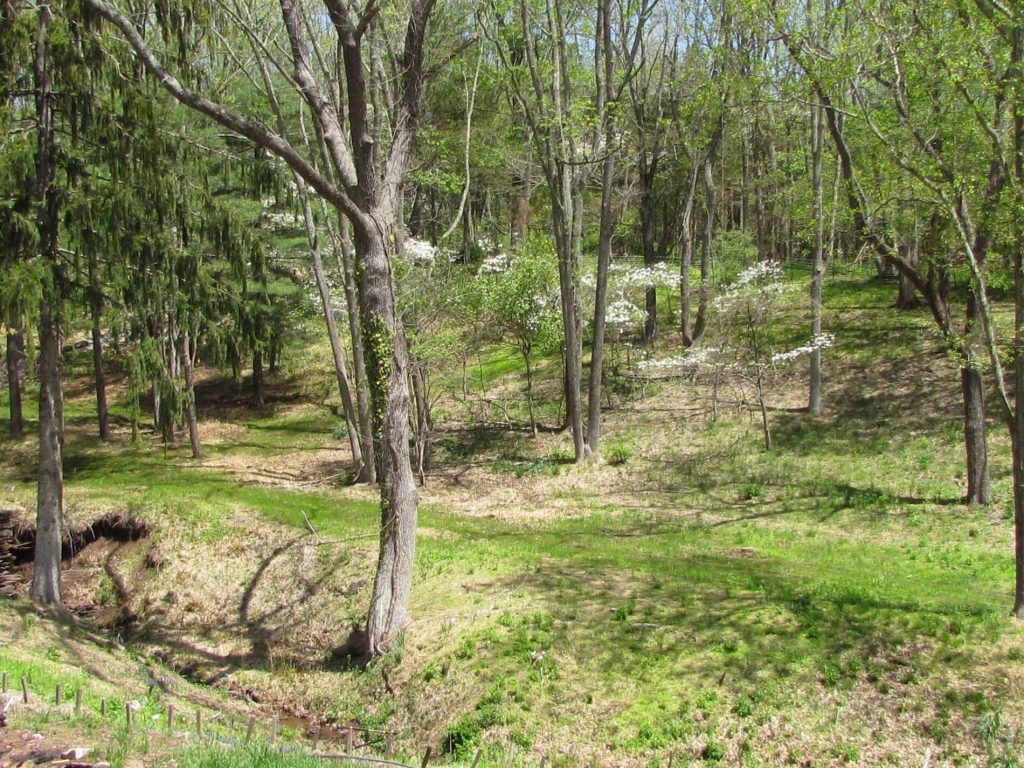 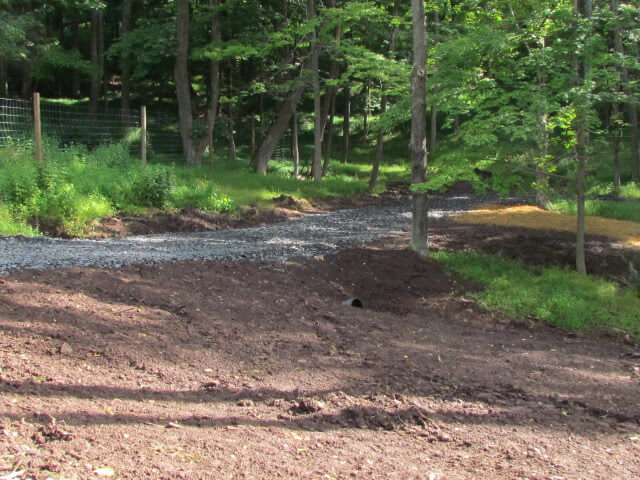 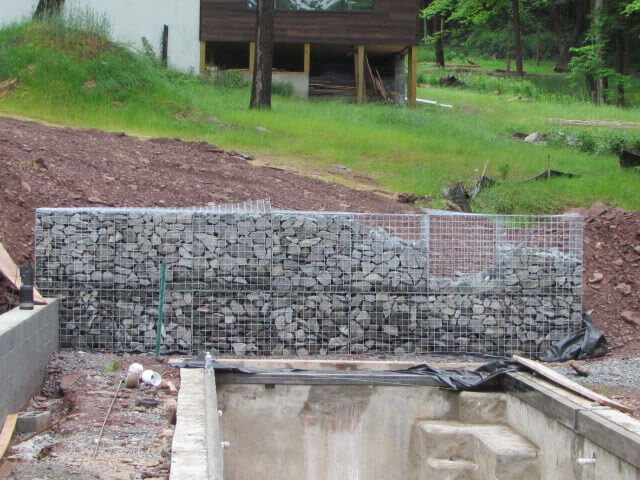 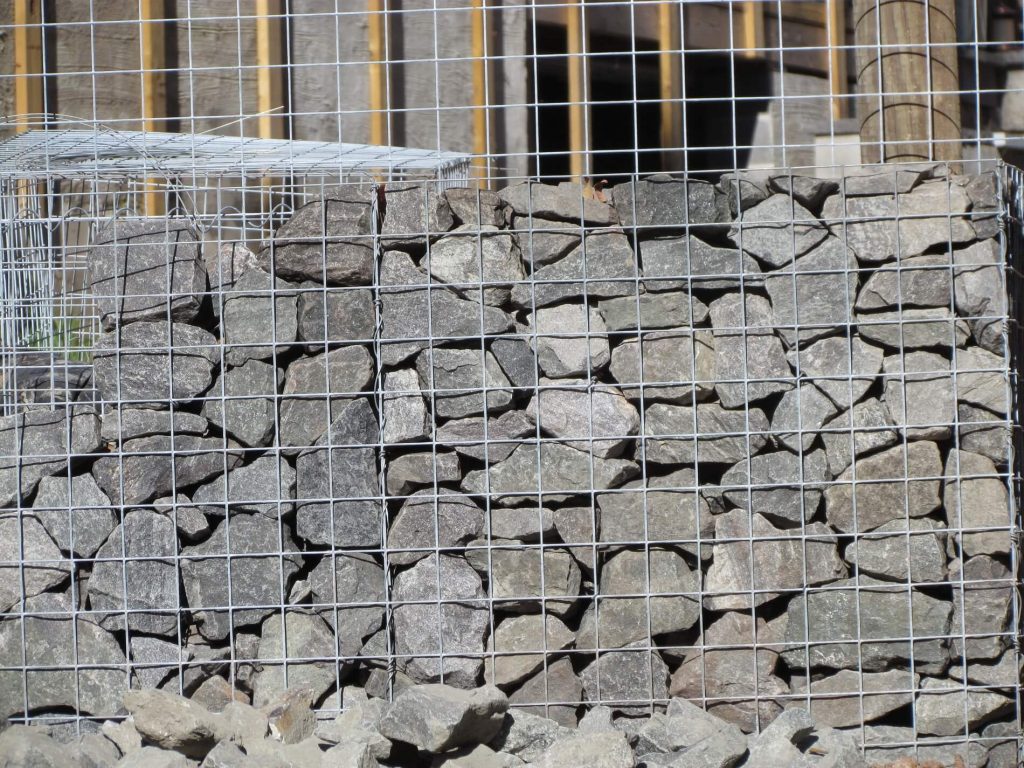 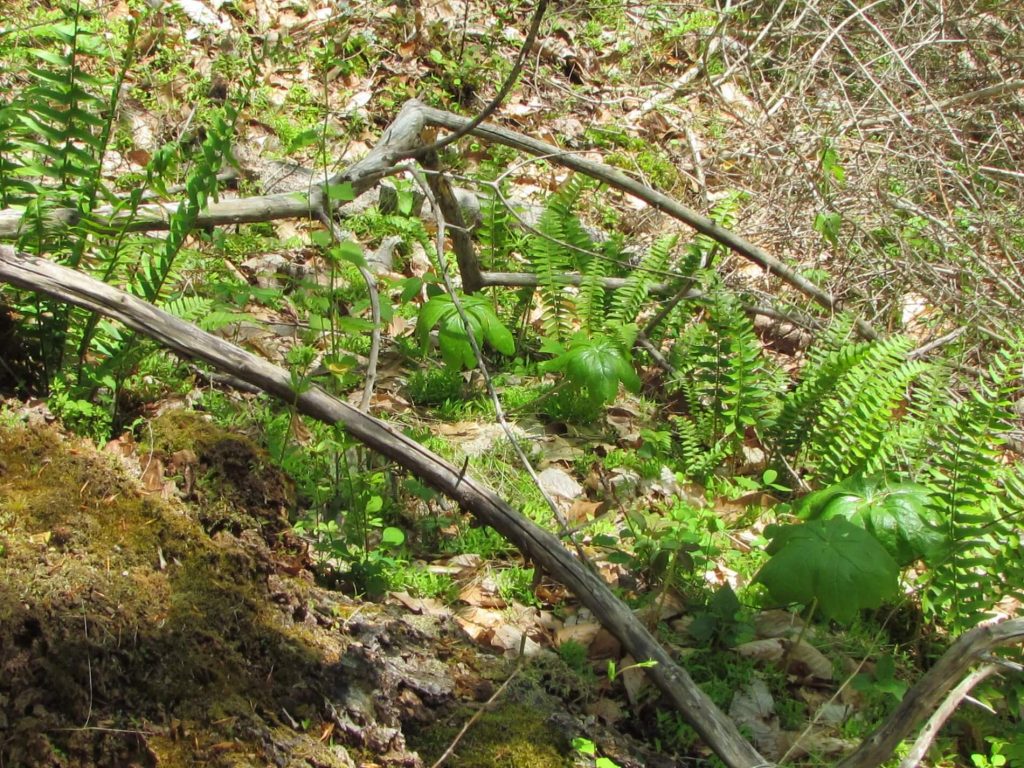 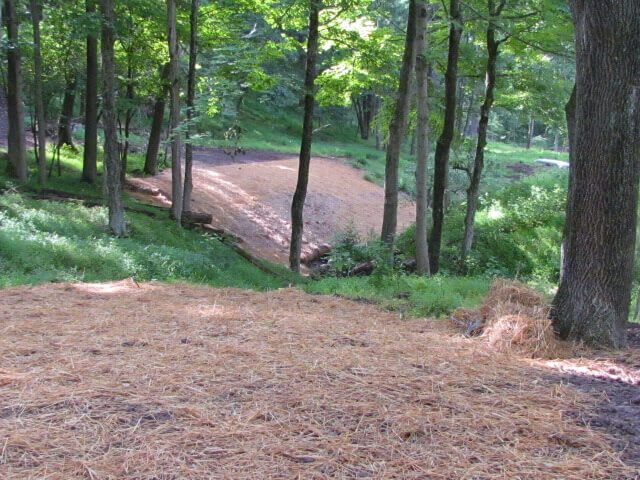 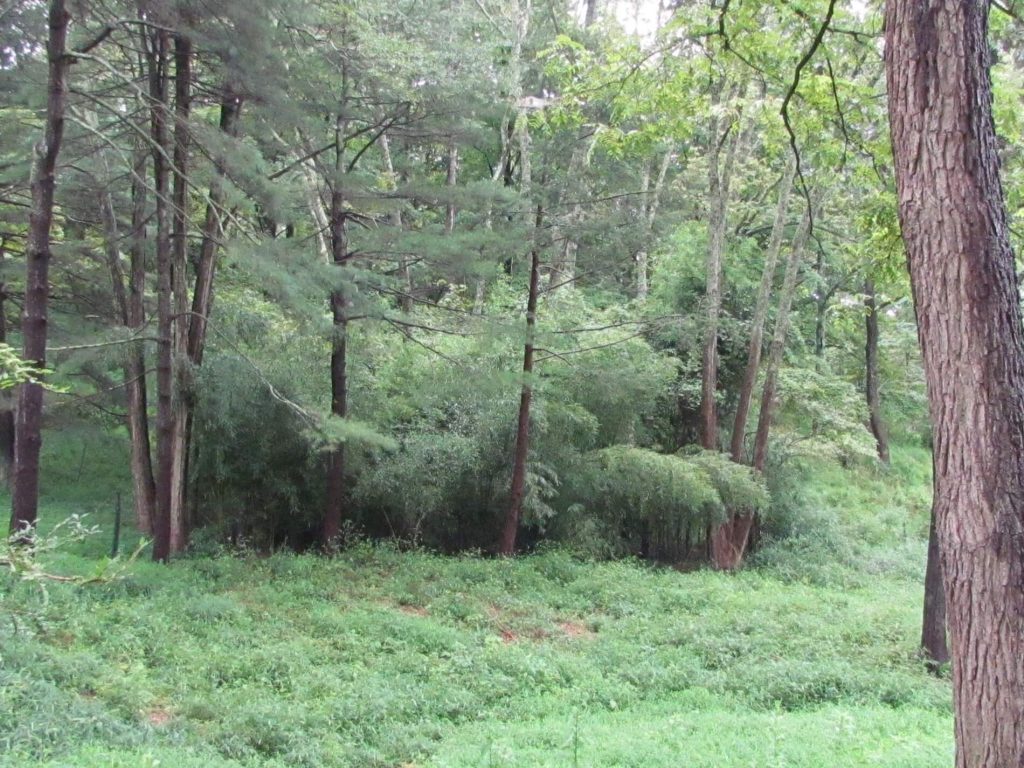 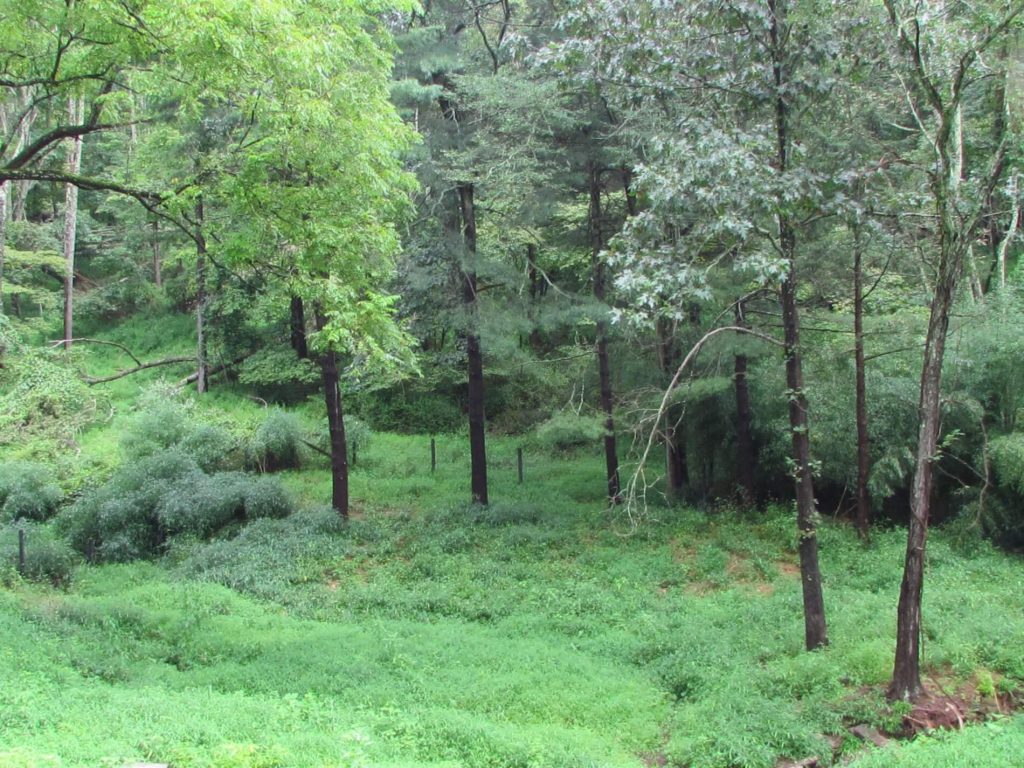 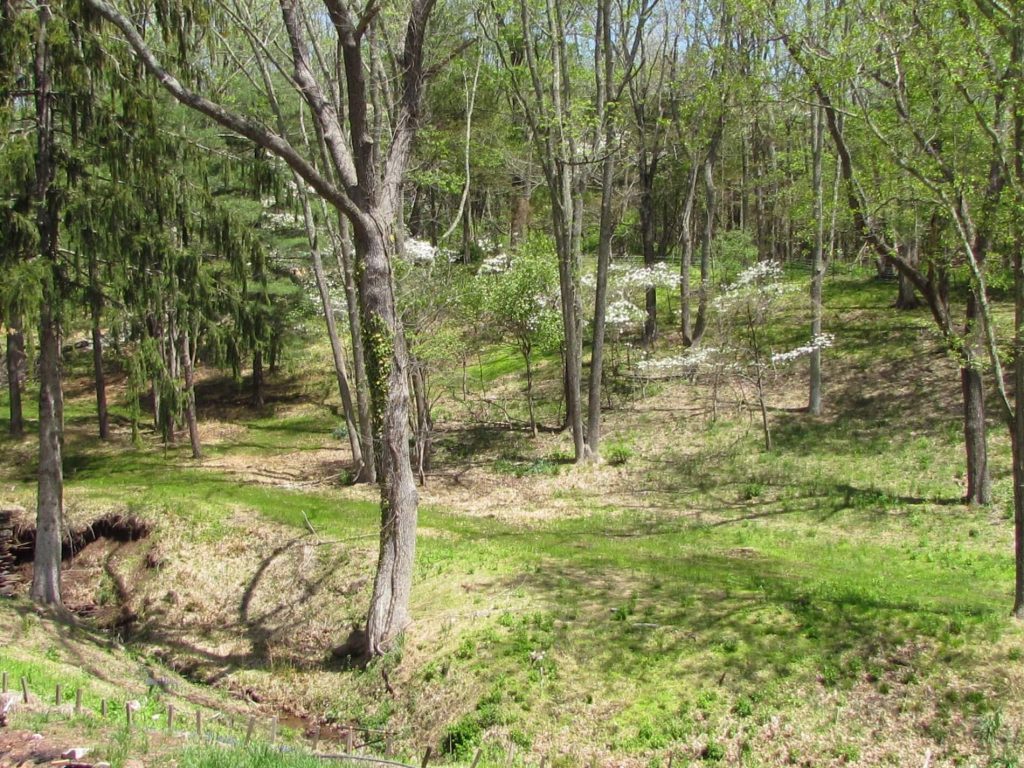 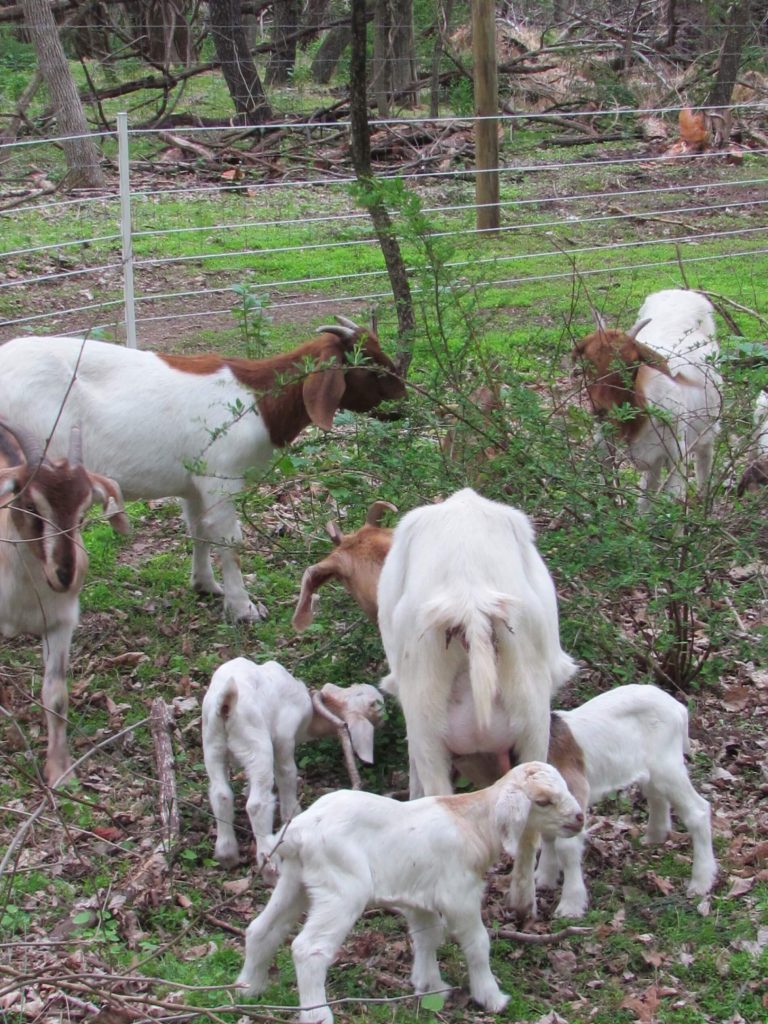 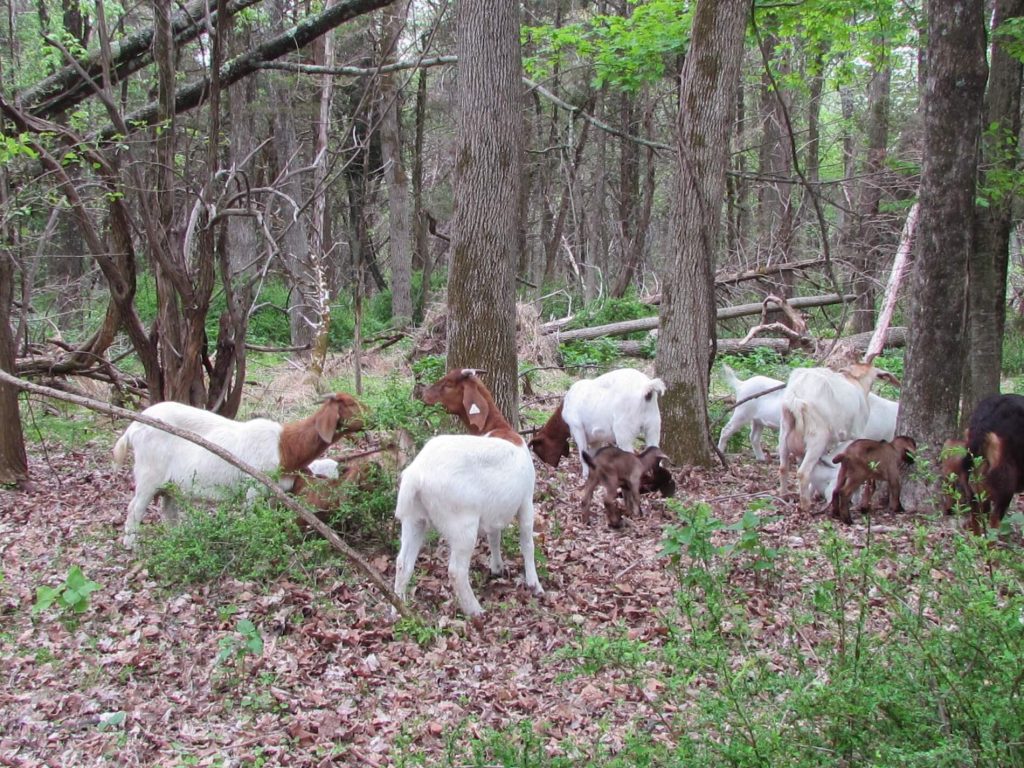